I don’t really remember being four. I’m sure it was a fun time though, before school started for me, but was well and truly occupying my three older brothers. I guess I hung out with my lovely mum and grandparents a lot. I think I must have gone to preschool part-time (maybe 3 days per week) and I do remember that place a little bit. I swear that War Memorial Preschool had front gates with black jail-style bars, but will need to fact check that (if the building hasn’t yet been bulldozed to make way for an apartment block).

Anyway, enough reminiscing. I’m currently enjoying a little holiday over in WA, where my middle brother lives with his lovely wife and daughter. Milly is four. And I’d better keep spell-checking as that gets autocorrected to Milky. Which would be slightly too wacky as a name, even for WA.

It’s fun to catch up with Milly, and I’m learning a lot. For starters, I didn’t know there were different varieties of Vegemite; or that tiaras make surprisingly practical headbands; or that the free Playschool app is actually really clever. In return, I’ve shown Milly the genius of the funny filters on Snapchat; introduced the celebratory fist bump; and generally complemented an already impressive repertoire of wackiness. We’ve watched some movies and read some books and done some shopping. Good times.

One of the joys of not working at the moment is time to do things. All sorts of things, really. Like on Monday, when it was a nice sunny day in Melbourne and I got to walk to the beach and sit on a bench and read a magazine. Sure, I was wearing four layers and had my hoodie on, because Melbourne winter. But it’s so nice to have the time to do stuff like that. 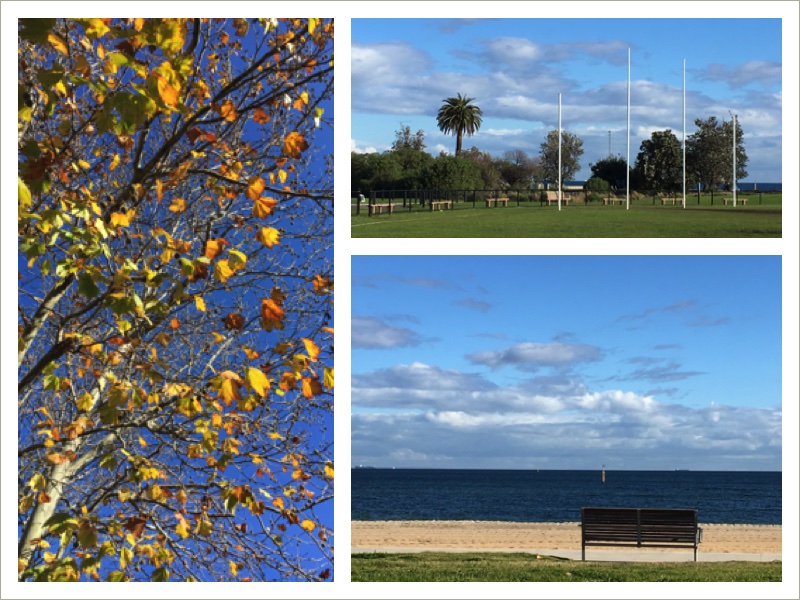 Yesterday I had a meeting in the city, and then dinner with some lovely work friends, and I had a few hours to fill in between the two. I wandered around a bit, which wasn’t super fun in the rain, so thought I’d go and see a movie. As you might imagine, there aren’t that many people at the cinema mid-afternoon on a Tuesday. Let’s just say the average age of folks there was 60ish.

What were my old mates and I seeing? A New Zealand film, recommended by my mum and dad, called Hunt for the Wilderpeople. Hunt for the what now? I know, it is a strange title alright, but it is actually a lovely heartwarming film featuring Sam Neill (as his regular character of Cranky Old Man) and a rotund little Kiwi chappie. It was pretty funny and a little bit sad and had some truly stunning images of NZ in all its natural beauty.

As I am committed to research for this blog (and I have the time to google nonsense), I just discovered that apparently the movie premiered at the Sundance Film Festival this year, which is a pretty big deal. And after it opened in NZ in March, it’s become the highest grossing locally-produced film OF ALL TIME. Which is also a pretty big deal.

It’s not going to win any Oscars, I don’t think. But I thought it was a great movie – especially if you’re having a crappy time or need some lighthearted entertainment, this film could be just the thing. Cool accents, beautiful scenery, and a lovely, feelgood story. And I can’t get the “Ricky Baker” song out of my head now (it’s in the trailer, below). Sweet as, bro.