I am a bit of a dork, so I was very excited to visit Harvard when I was staying in Boston. On another beautiful day in that great city, I walked across the Charles Bridge and over into Cambridge, arriving first in MIT territory. I stopped for breakfast and there were two chaps at the next table discussing something suitably smart – they were speaking English, but I still couldn’t really understand what they were talking about – one guy had written an algorithm or something something and the other guy was talking about trade secrets law across the USA something something. Being a gold star eavesdropper, I felt more clever just for listening in on their conversation.

It sounds hard to believe, but you can just feel the smarts in the air in Cambridge – lots of bright young things from around the world and all over the country fulfilling their dreams of studying with the best at MIT and Harvard. It’s a fantastic place to visit – am sure it would be great to study here, but perhaps that’s another story for another day. 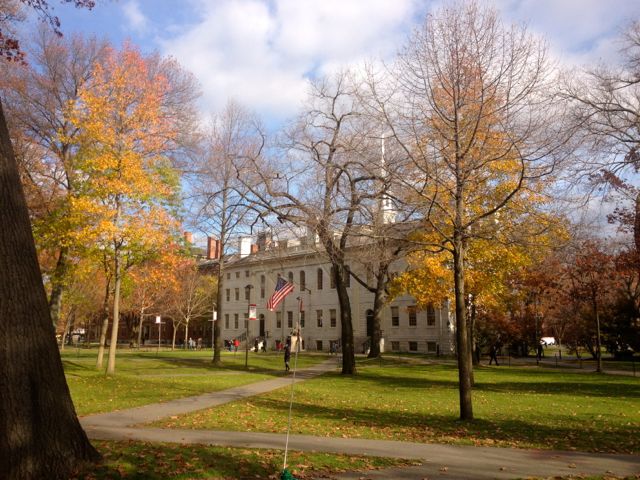 I went on a walking tour led by a current undergrad student and he was full of interesting facts about the place. I was intrigued by the payment system they have: the cost they quote is around $54,000 per year (including tuition, books, accommodation, food etc). That sounds pretty horrific, but the guide assured us that relatively few people ever pay that much to attend Harvard – if your family’s combined income is less than $75k, you can attend FOR FREE. And if your family’s combined income is less than $180k, you’ll pay no more than 10% of that (ie, $18,000 PER YEAR). He didn’t go beyond that, but presumably they’re the people that pay a little closer to the quoted figure. What a great system, I reckon – if you’re smart enough to be accepted to Harvard, then your family’s financial status shouldn’t be a barrier to entry. Right on. 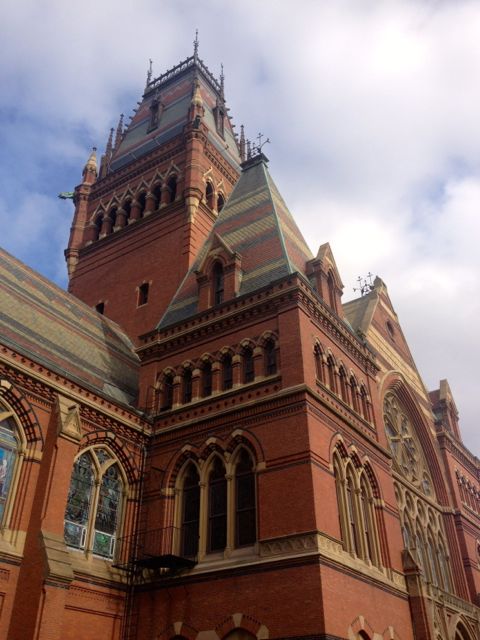 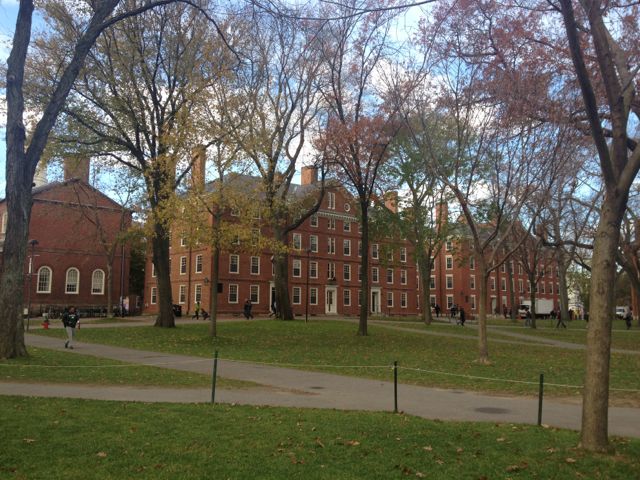 The guide showed us the gigantic and very impressive library – from the outside only, as you need a Harvard ID to actually enter the library. Apparently, they have an incredible collection of books stored in their underground stacks and there were certainly a lot of students heading to and from the building. I think the beauty of the buildings and surrounds must really help with study programs – especially when you’re studying alongside some of the brightest minds in the world. I can’t remember spending too much time in the library or hanging out in the grounds of Sydney Uni, but I’m not sure whether that says more about the Uni or more about me…

And, last but not least, is it just me…or was DONALD SUTHERLAND on my tour of Harvard? 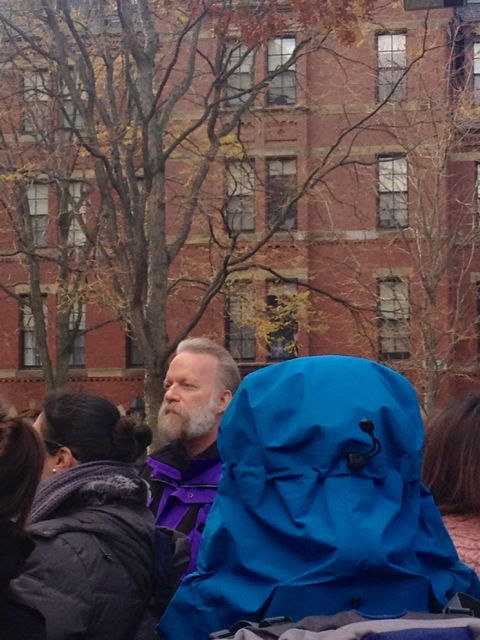 Dear Harvard, in one form or another, I really do hope I’ll be back. (If only I could have ended with a Donald Sutherland line rather than an Arnie line, but I’m not really that familiar with his work – I really should have asked him while I had the chance.)

3 thoughts on “The veritas about Harvard”