Well, today marks the 100th post on EverydaySparks. I must confess to being pleasantly surprised that I am still going, and still as fond of blogging as I was when I began back in February. I started writing a blog because I wanted to force myself to write – after being to a number of writing classes over the years and secretly dreaming of a life as a freelance writer, I thought it was time to see if I could actually commit to writing on a regular basis. Albeit writing only a few hundred words about something nonsensical that I had discovered on my virtual travels and thought was worth sharing…

I didn’t want to write long, thoughtful and introspective posts about my life – other people do that and I applaud them for their honesty and ability to write about their daily lives. That kind of writing is not what I was interested in, though – probably due to a combo of wanting to maintain my privacy and also not having a particularly dramatic life story! And if I may go a bit herbal for a minute, I have also been trying to move further away from the negativity of news media and politics (and reality tv), which is all doom and gloom and fighting and complaining. With all that in our faces, I just wanted this blog to be a place of silliness and lighthearted fun – a chance to share things that have made me smile (or furrow my brow in confusion) in the hope that other people might appreciate them too.

Originally, those ‘other people’ were people I know in the real world – and I thank them so much for their encouragement and support. I know how lucky I am to have such an awesome cheer squad, full of so many smart, funny, kind, thoughtful and downright cuckoo personalities. And gradually, these ‘other people’ included new friends, who I’m yet to meet in the real world, who dropped in and commented when they liked posts (and when they didn’t like posts!) and made me laugh. From here in Sydney to the USA, the UK and Europe and lots of places in between, I still find it amazing that there is this incredible virtual community of people – we wouldn’t know if we sat next to them on the bus, but we feel like we know them from their blogs. Inspiring artists, clever wordsmiths, amazing cooks, funky designers. Thank you all for making this so much fun.

A confession – I wasn’t sure how long I’d last as a blogger because I tend to get inspired by something and then get bored and move on to some new passion (sometimes before I even actually start the first thing). Like today, when I borrowed my Mum’s sewing machine (because that’s the new thing I want to do) and she casually said, “Oh, as I got it out, I found that bag of wool and needles from when you wanted to learn how to knit”. Mum, that was soooo three years ago, now I’m all about the sewing. Except when I’m all about the card making. Or the bag making. Or the chocolate making. You get the idea. So, I’m surprised and kinda pleased that I still find blogging fun and enjoyable. And other people seem to like EverydaySparks, which is a nice cherry on top of the sundae. (I also went through an ice cream making phase last year.) 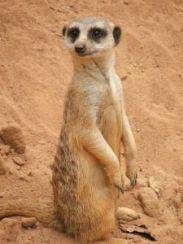 Anyways, thanks for indulging this ramble as EverydaySparks hits 100. Special thanks to those of you who have commented and liked my posts, or provided ideas and inspiration, or who write blogs that keep me coming back. My Dad still asks a question that I can’t really answer, “But, HOW DID THEY FIND YOU?” I don’t know, but I’m glad that they did. (For the record, my Dad also still asks “But, WHAT DO YOU ACTUALLY DO?” in relation to my career. But that is probably another post for another time.) Thank you to etsy and fab.com for hosting the main sources of inspiration for this blog – there are some incredibly talented people around the world, as well as some incredibly strange people around the world, which keeps EverydaySparks ticking over with new finds.